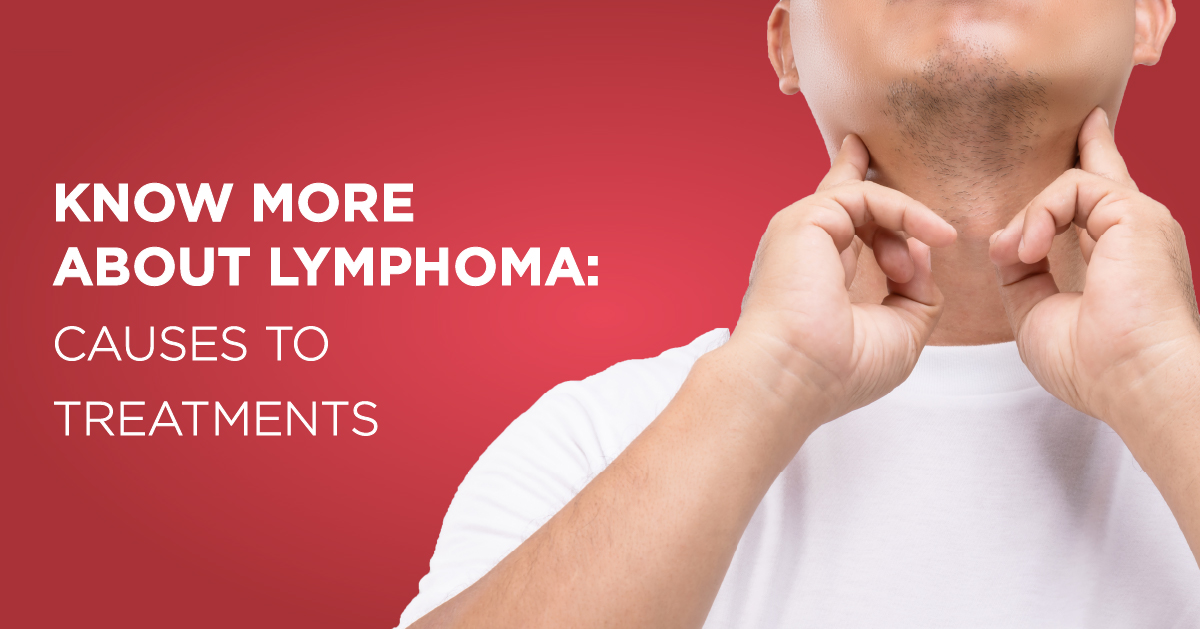 Lymphoma refers to a family of cancers in the lymphatic system. It accounts for about 3% of cancers. The lymphatic system includes the organs, tissues, and vessels in the immune system responsible for fighting disease and infection throughout the body. Lymphoma affects the blood and the lymphatic system – that includes lymph nodes (like the ones in your neck that get swollen when you have a bad cold), the spleen, bone marrow, and an immune gland in the chest called the thymus. When lymphocytes (the white blood cells of the lymphatic system) undergo a malignant change, they abnormally reproduce, creating tumours and crowding out healthy cells. Once a malignancy begins in one part of the lymph system, it often spreads throughout the rest of the system before it is detected.

There are more than 90 different subtypes of lymphoma, but all of them fall under two main categories: Hodgkin’s lymphoma—which used to be called “Hodgkin’s disease” after Thomas Hodgkin, the doctor who first described it in 1832—and non-Hodgkin lymphoma. In India, the male to female ratio of HDL is 5.5: 1. The Non-Hodgkins type is more common than the HDL.

We don’t know why most people get lymphoma. There are many different types of lymphoma and it is unlikely that there is one single cause of all lymphoma.

There are some known risk factors, which include:

Other risk factors are still being researched.

Hodgkin’s and non-Hodgkin lymphoma are staged between I and IV, depending on how many areas the cancer cells are found in and where they are located in the body.

Your doctor will perform a physical exam and may order blood tests or lymph node biopsy to help evaluate your condition. If lymphoma is diagnosed the following tests may be used to look for enlarged lymph nodes throughout the body and determine whether the lymphoma has spread:

Treatment for lymphoma depends on the location and severity of cancer. Treatment for Hodgkin lymphoma is often very successful, with many people being cured. Non-Hodgkin lymphoma is also curable, but it can be harder to treat. Out of the many factors that influence the prognosis and survival rate of the HL or the NHL type lymphoma, the primary ones include the age of the patient, stage of the disease, its type (indolent or aggressive), serum LDH levels, and overall health parameters.

Early detection and better treatment have improved survival for people with lymphoma.