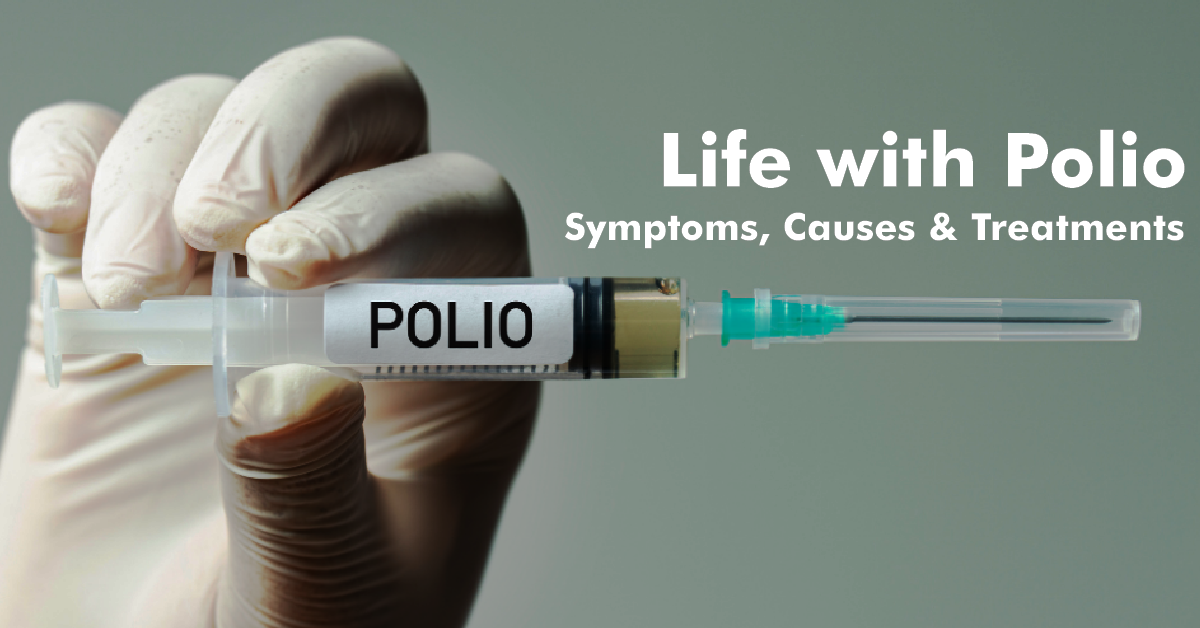 Polio, also known as poliomyelitis and infantile paralysis, is a highly contagious viral infection. Poliomyelitis means “gray marrow inflammation,” referring to the propensity of the poliovirus to attack certain cells in the spinal cord and brainstem.

It affects the muscles and nerves throughout the body and may cause permanent paralysis or even lead to death. More than half of all cases of polio occur in children under the age of five.

There are three patterns of polio infection; subclinical, paralytic and non-paralytic. Ninety-five percent of infections are subclinical and often go unnoticed. The paralysis so commonly associated with the disease actually affects fewer than 1 percent of persons infected by the poliovirus. Between 5 and 10 percent of infected persons display only the general symptoms. Also, more than 90 % show no signs of illness at all.

In the early 20th century, polio was one of the most feared diseases in industrialized countries, paralysing hundreds of thousands of children every year. With the widespread use of polio vaccines, polio has been practically eliminated as a public health problem from most of the world.

It is now endemic in only three countries: Afghanistan, Pakistan, and Nigeria. Nigeria, however, was on the brink of being polio-free in 2015. Worldwide, since 1988 the number of reported polio cases has dropped by more than 99 %.

As a highly contagious virus, polio transmits through contact with infected feces. If you have objects like toys that have come near infected feces can also transmit the virus. Usually people living in areas with limited access to running water or flush toilets often contract polio. This can happen from drinking water contaminated by infected human waste.

The incubation period (the time from being infected to the appearance of symptoms) is seven to 14 days. You may be at risk of polio if you have not been immunised against the disease. Infants, children, aged person or pregnant women or people with weakened immune system, like those with HIV or under extreme stress are at a higher risk of polio infection.

If you feel initial signs and symptoms of paralytic polio, such as fever and headache, often mimic those of nonparalytic polio. You can generally feel the symptoms between 3 – 21 days after infection. However, their are instances where you might be infected with poliovirus but have no symptoms and not even know about it.

If the virus spreads to the nervous system, it can cause major illness, such as:

Unfirtunately, there is no cure for polio yet. You can take supportive measures ease some of the symptoms and give the body time to recover.

Fluids and bed rest are helpful for those with mild flu-like symptoms. The disabled can take physical therapy to provide stimulation to the muscles and increase mobility.

You can get vaccinated which is the most effective way to prevent the disease. Three-four doses should be given to all children up to 12 years of age. Usually a dose is given at 2 months then at 4 month , after than when the person is 6-18 months and finally a booster dose at 4-6 years