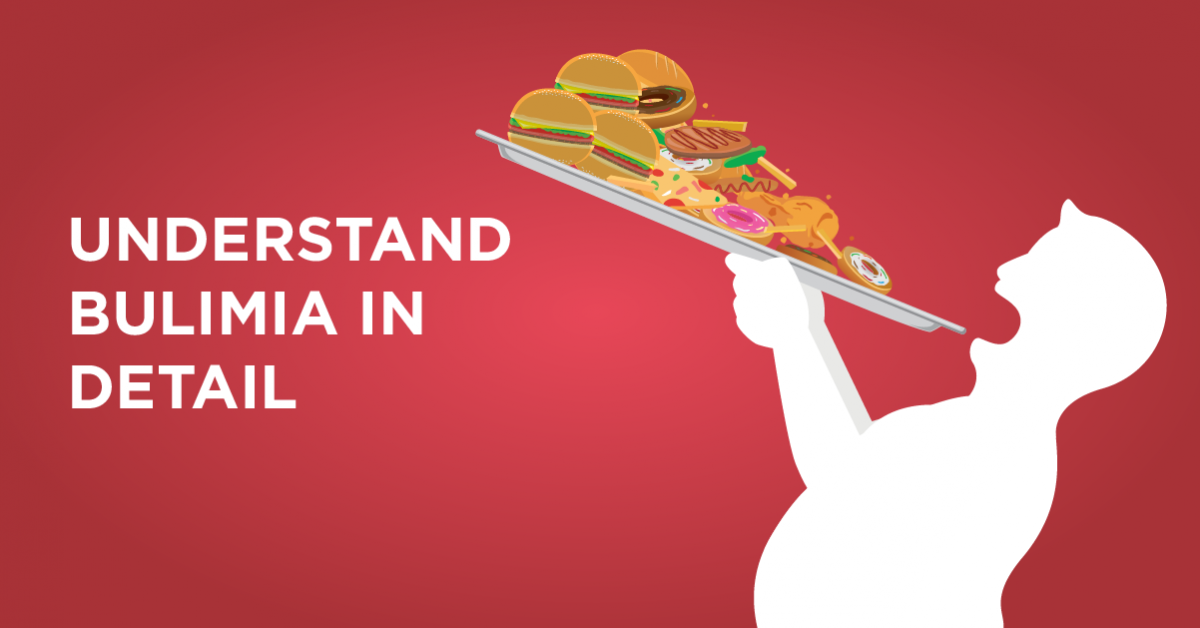 Bulimia nervosa (commonly known as bulimia) is an eating disorder and serious mental health problem. It is characterized by episodes of eating a large amount of food in very short periods of time, with a feeling that there is no control of this behavior. It is an irresistible compulsion. Following binges, there is the impulse to compensate for the behavior by purging – and this might include vomiting, induced by one’s finger or taking some medication, or going on a long run.

They experience fluctuating weight loss, but unlike anorexia nervosa, people with bulimia nervosa are still able to maintain the average weight with respect to their height, so they appear relatively normal. Bulimia nervosa is more of a mental aspect than a physical one such as private eating activities. Compared to the rest of the population or those with regular eating habits, people with bulimia nervosa are still considered to be the thinner individuals. They also wear loose-fitting clothes in order to hide their bodies. Anyone can develop bulimia, but it’s most common in young people aged 13 to 17.

From a psychological perspective, bulimia feels like an addiction. It feels like something the person cannot control, and often results in very low self-esteem, poor self-image, and is not a pleasant experience. The intense shame often obstructs seeking help.

What are the signs of bulimia?

Experts don’t know exactly what causes bulimia. Society and cultural ideals that value certain body weights and shapes play a role. There is also a genetic link as eating disorders tend to run in families.

How is bulimia diagnosed?

Your healthcare provider may want to perform a physical exam, blood or urine test, and a psychological evaluation. A good first step is to consult your primary care physician. He or she can then refer you to a more specialized doctor.

Is there any treatment available?

Research has shown that, if caught in early stages enough and treated in the right way, 80% of people with bulimia nervosa can fully recover. The most important treatments include monitoring of medical and nutritional status, including possible medical complications and psychiatric care.

From the mental health standpoint, effective treatments include psychotherapy, most importantly, cognitive behavior therapy. Additional psychotherapy methods for many patients include mindful meditation, techniques to regulate emotions, and family therapy. Medications, and in particular the antidepressant medications are extremely valuable in diminishing binging and purging episodes. They also treat associated depression, anxiety, and obsessive-compulsive disorders if present, and diminish impulsivity.

Goals of treatment are for the person to:

Treatment for eating disorders is most effective before the condition becomes chronic. It’s always important to seek help as soon as you notice any warning signs or symptoms. 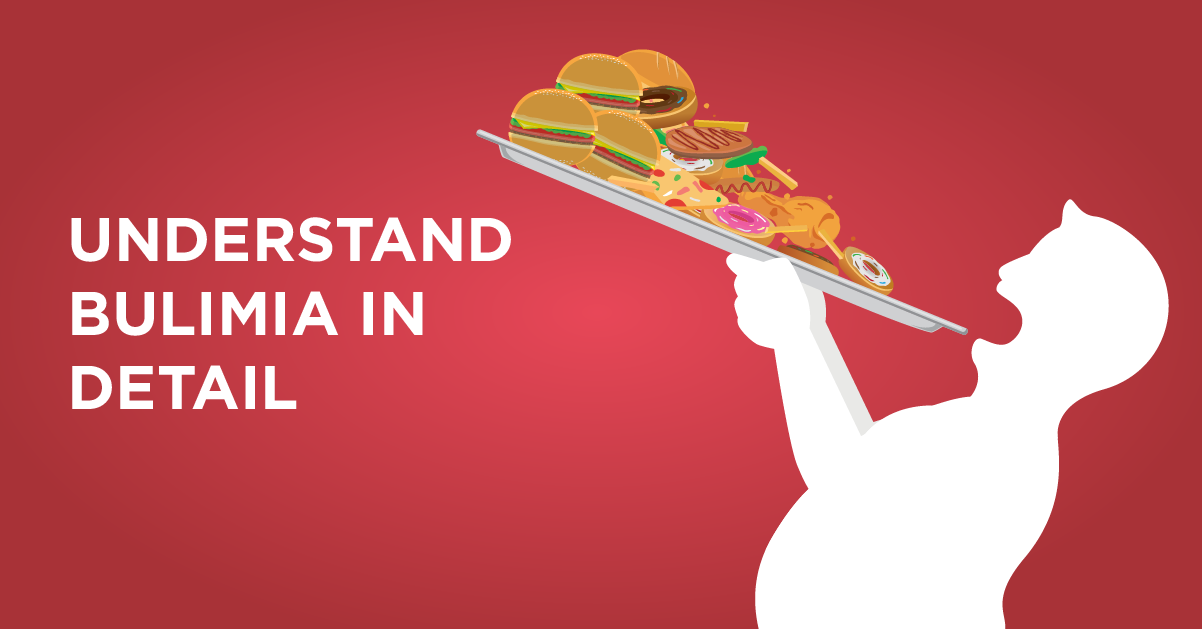 Article Name
Understand Bulimia in detail
Description
Bulimia nervosa (commonly known as bulimia) is an eating disorder and serious mental health problem. It is characterized by episodes of eating a large amount of food in very short periods of time, with a feeling that there is no control of this behavior. It is an irresistible compulsion

nextHow to take care of your Heart Health