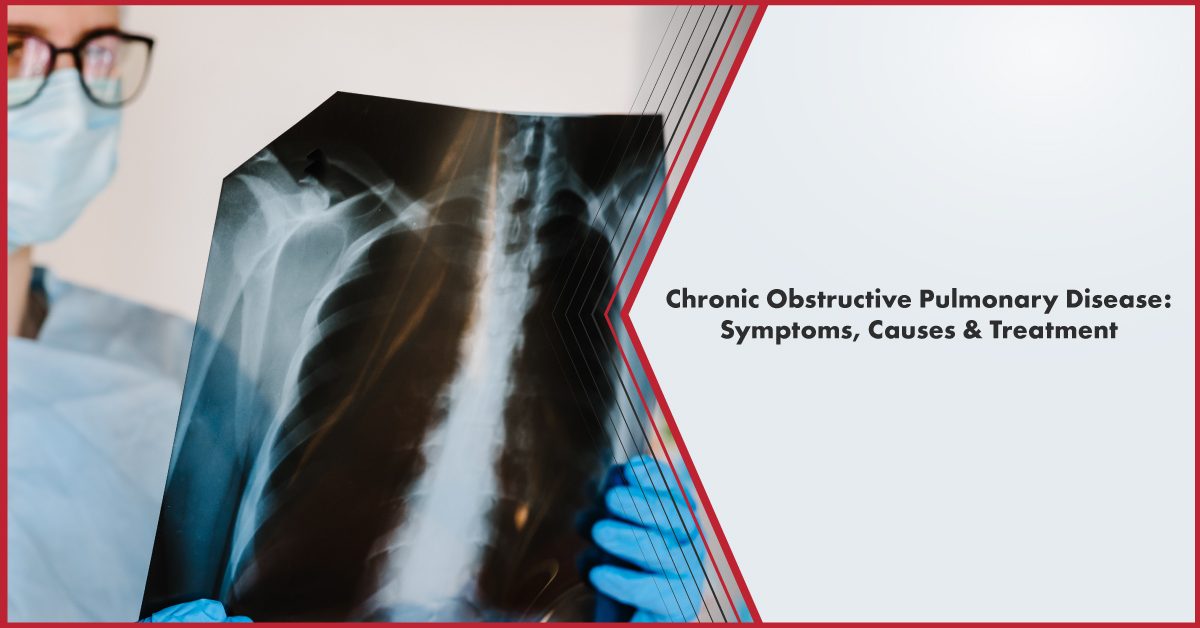 Chronic obstructive pulmonary disease refers to a collection of chronic lung conditions that limit the airways and cause difficulties with breathing. More than 97% of all COPD-related deaths occur in people older than age 64. Morover, COPD affects women more often than men, but men and women die as a result of COPD at about equal rates.

Airflow obstruction in COPD causes air to become trapped in the lungs after a full exhalation, increasing the effort required to breathe. Also in COPD, the number of capillaries in the walls of the alveoli decreases. These abnormalities impair the exchange of oxygen and carbon dioxide between the alveoli and the blood. In the earlier stages of COPD, oxygen levels in the blood may be decreased, but carbon dioxide levels remain normal. In the later stages, carbon dioxide levels increase and oxygen levels fall.

Many people with COPD will have both of these, but the severity of each varies between individuals.

Although the most common cause of COPD is tobacco smoke, there are several other factors that can cause or make COPD worse, including environmental exposures and genetic (inherited) risk. For example, heavy exposure to certain dust at work, chemicals, and indoor or outdoor air pollution (including wood smoke or biomass fuels) can contribute to COPD. Some people have none of these exposures and still get COPD. We don’t fully understand why some smokers never develop COPD and some never smokers get COPD; but, hereditary (genetic) factors probably play a role in who develops COPD.

COPD produces some or all of the following symptoms:

In more severe cases, there may be

Symptoms of COPD sometimes improve when a person stops smoking, takes medication regularly, and/or attends pulmonary rehabilitation. However, the lungs are still damaged and can never fully return to normal.

The term chronic, in chronic obstructive pulmonary disease, means that it lasts for a long time. So if you are at risk for COPD, an early diagnosis is key. An important test to diagnose COPD is called a spirometry test. This simple, non-invasive test measures the amount of air you can blow out of your lungs. It involves breathing into a tube that is connected to a computer. You may also have to use oxygen on a regular basis to help you breathe. This involves wearing a mask or nasal prongs and having the oxygen tank with you to use as you need or as your doctor has advised. Trying several strategies at once is most likely to be effective.

The goals of COPD treatment include:

If you are having any of the symptoms, don’t wait for your next appointment to call your doctor. Report these symptoms promptly, even if you don’t feel sick. Don’t wait for symptoms to become so severe that you need to seek emergency care. If your symptoms are discovered early, your doctor might change your treatment or medications to relieve your symptoms. Regency has a qualified team of doctors which can provide you world class care if you are feeling any of the above mentioned symptoms. Visit regency now!

previousHow is Stress Fatal to the Immune System?

nextLaser Hair Removal: What to expect?