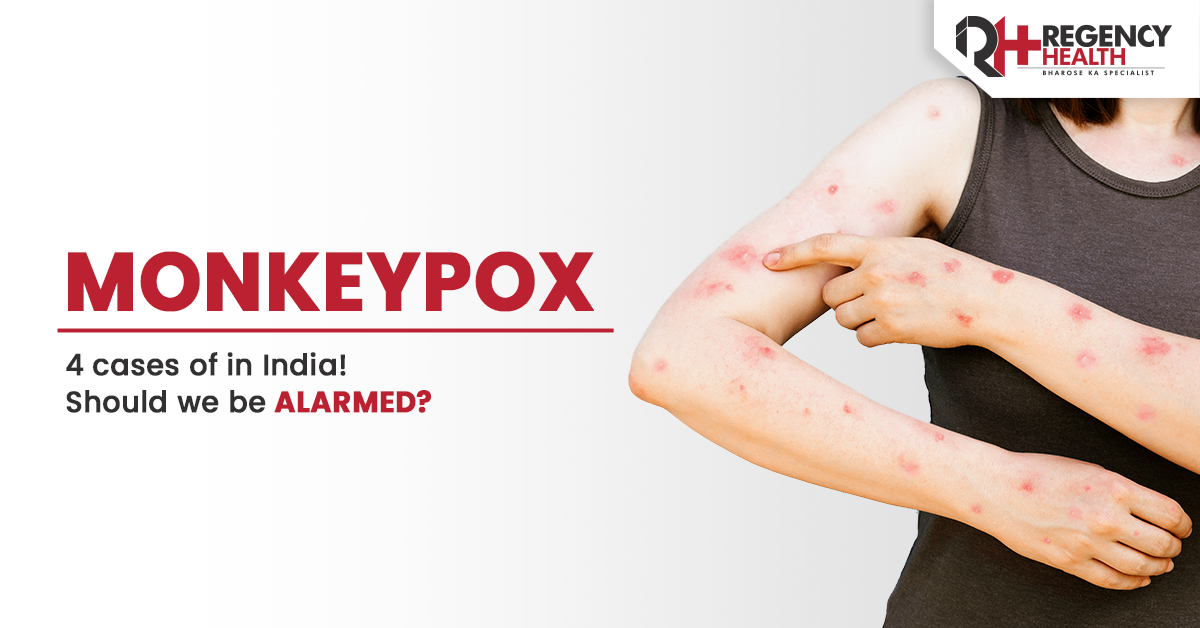 The rising global cases of Monkeypox have put medical authorities across the world on their feet. Over 30,000 cases have been reported worldwide and the disease has spread to 90 countries as of now. India has also registered 9 confirmed cases far. Monkeypox has also seen an alarming rise in regions where there haven’t been any cases historically. This means the virus is spreading to newer regions at a rapid rate. Seeing the spread of the viral condition, World Health Organization has declared it a ‘Public Health Emergency Of International Concern’.

Monkeypox is a viral disease that belongs to the orthopoxvirus family and is quite similar to the smallpox virus. Even certain Monkeypox symptoms and after effects are quite similar to those of smallpox. The smallpox virus was eliminated in the 80s through widespread vaccination campaigns. While studies have shown that this variant is not as fatal as smallpox, it is recommended to practice precaution and stay vigilant against contracting this disease.

Unlike its name, Monkeypox has got little to do with monkeys and is mainly transferred from human to human contact. The virus was first discovered in the 1950s in a group of monkeys which led to this etymology.

Monkeypox leads to rashes and marks all over the skin quite similar to smallpox. The main indicators of this viral disease include fever, lack of energy, constant muscular pain, and headaches. This stage also includes enlargement of lymph nodes as the immune system readies itself to fight the infection. These Monkeypox symptoms are later followed by rashes that occur all over the body. In the course of the recent outbreak, many patients have also reported rashes in the genital areas. However, the diagnosis of monkeypox can vary from case to case, and not every patient faces fever and pain followed by rashes. It has been observed that many patients directly developed rashes without any sign of rising temperature or muscular aches.

Usually, it takes around two weeks for a patient to display symptoms after being exposed to the virus. These symptoms can typically last for about four weeks. However, the presence of the virus can be detected after 21 days of being infected leading to delayed diagnosis of monkeypox in many cases. Monkeypox symptoms are usually mild and only in limited cases do they take a fatal turn.

How does Monkeypox spread?

Monkeypox mainly spreads in humans after coming in close physical contact with the infected person. It can also spread among humans through sexual contact, and surfaces contaminated by the host. In the recent outbreak, there have been several cases where the virus spread after a patient engaged in sexual contact with the host. One also carries the risk of contracting the disease through respiratory droplets of an infected person or by living in close quarters with them. Monkeypox can also spread through pregnancy via the placenta. Animal contact is another mode of contamination and humans can get monkeypox by getting bitten or scratched by animals carrying the virus. Consuming such animals can also lead to the spread of the virus.

At present, there are two vaccines available that have shown great efficacy in the treatment of monkeypox. Danish drug manufacturer Bavarian Nordics’ Jynneos in the USA and Imvanex in Europe have got approval from several medical authorities across the world. In addition to this, Moderna is also working on developing a vaccine based on the recent strain. There are multiple studies conducted across the world to provide the best possible treatment of monkeypox. Another comforting factor is that since smallpox and monkeypox are similar, antiviral drugs and vaccines that have proved potent against smallpox can be used as a base for monkeypox medication and vaccination. Patients with weak immunity and those who are more susceptible to catching the virus may be recommended antivirals such as tecovirimat. Since monkeypox symptoms are not that severe and the current outbreak is not as fatal as some other viral diseases like smallpox or coronavirus, infected people have a much better chance of recovering and getting back to normal.

How to contain Monkeypox spread

There are several ways Monkeypox can be contained. Since it is a viral disease that spreads from close contact, avoiding intimate contact with infected persons, staying away from fabrics and surfaces they touch, and continuously disinfecting places are some of the primary steps to take in containing the spread. Regularly washing your hands and maintaining social distancing are other steps that will take us a long way in this fight against Monkeypox.

To know more about Monkeypox consult a doctor at Super Speciality Hospital.