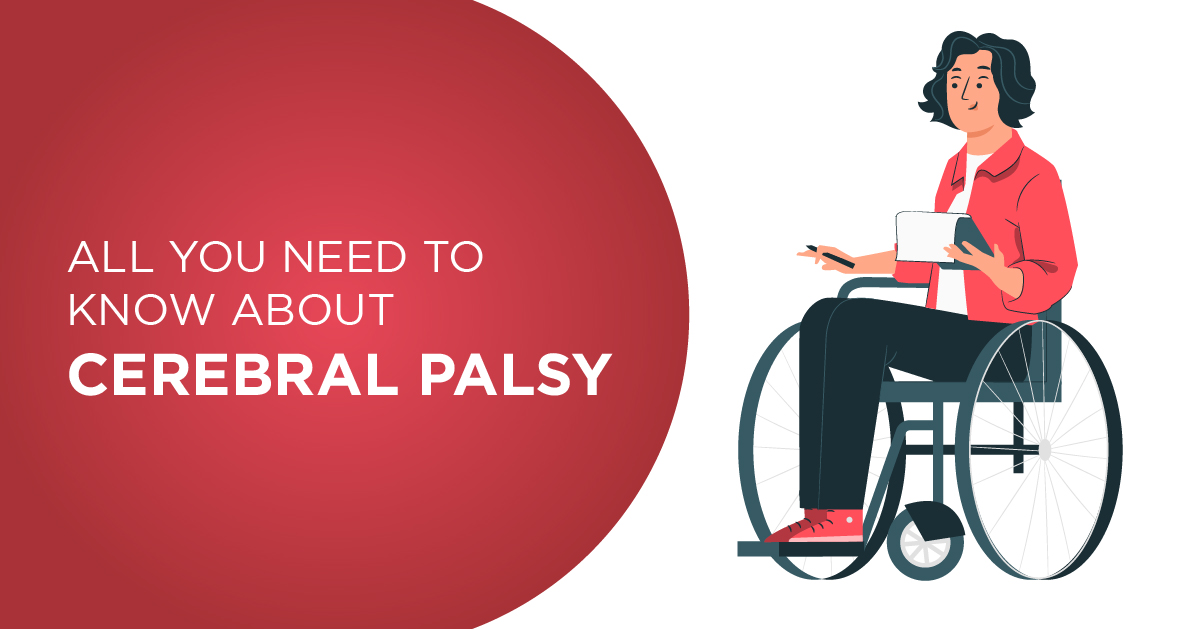 Cerebral palsy—also known as CP—is a condition caused by injury to the parts of the brain that control our ability to use our muscles and bodies. Cerebral means having to do with the brain. Palsy means weakness or problems with using the muscles. It develops due to brain damage shortly before or during birth.

The condition affects different parts of the body, so its symptoms and severity can vary. Additionally, cerebral palsy does not improve or worsen as a child grows, but complications stemming from the condition can cause additional health issues. Cerebral palsy occurs in 1 in every 300 children.

CP occurs when the developing brain experiences an injury that does not get worse over time and cannot be cured. This can happen because of:

Treatment for cerebral palsy depends on several factors including the patient’s age, the type of symptoms the child is experiencing, and the severity of symptoms.

Some of the therapies used to treat children with cerebral palsy include:

Therapy, medication, and surgery can help improve your child’s quality of life. Depending on how severe their condition is, patients may be able to live independently or they may require lifelong care. Fortunately, there are various support and financial resources available to help families affected by cerebral palsy.

previousHow to take care of your Heart Health

nextThe Ultimate Guide to Prevention and Treatment of Osteoporosis