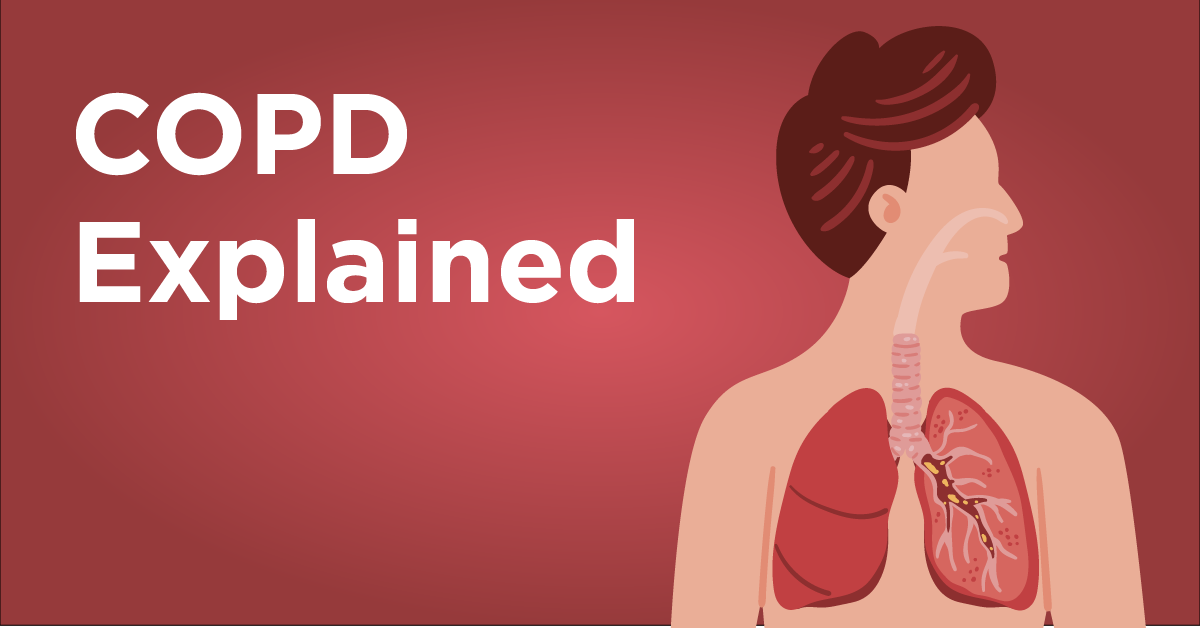 Damage to the lung tissue over time causes physical changes in the lungs and the airways become clogged with thick mucus. Compliance (the ability of the lung tissue to expand) becomes weakened because of this lung tissue damage. This weakened compliance or elasticity of the lungs means that oxygen cannot get to the air spaces where oxygen and carbon dioxide exchange occurs in the lung. This all leads to coughing to remove the thick mucus and eventually, difficulty in breathing.

What are the symptoms of COPD?

COPD is often asymptomatic until significant damage to the lungs has occurred. However, when they occur, below are the common symptoms that can be seen:

Symptoms of COPD typically begin in people aged over 40 who have smoked for 20 years or more. A ‘smoker’s cough’ tends to develop at first. Once symptoms start, if you continue to smoke, there is usually a gradual decline over several years. You tend to become more and more breathless. In time your mobility and general quality of life may become poor due to increasing breathing difficulties.

Smoking and second-hand smoke play a significant role in causing COPD. About 85% to 90% of all COPD deaths are related to smoking. The other causes are related to environmental irritants (pollution), and a rare few are genetically passed through family members (for example, people with Alpha-1 antitrypsin deficiency [AAT] are more likely to develop COPD symptoms).

How is COPD diagnosed?

To find out if you have COPD, a doctor will:

If there is a chance you could have COPD, it is very important to find out as soon as you can. This gives you time to take steps to slow the damage to your lungs.

How can COPD be treated?

There is no cure for COPD. Current treatments focus on managing symptoms or underlying conditions and improving the patient’s quality of life. Treatment approaches, including lifestyle changes, medication, rehabilitation, therapy, as well as surgery, vary depending on how severe the COPD is and what has caused it.

It is better to visit super-specialist Pulmonologists at Regency Hospital in case of COPD to get the best possible treatment, care, and management.

nextWar Against Obesity: How to win?