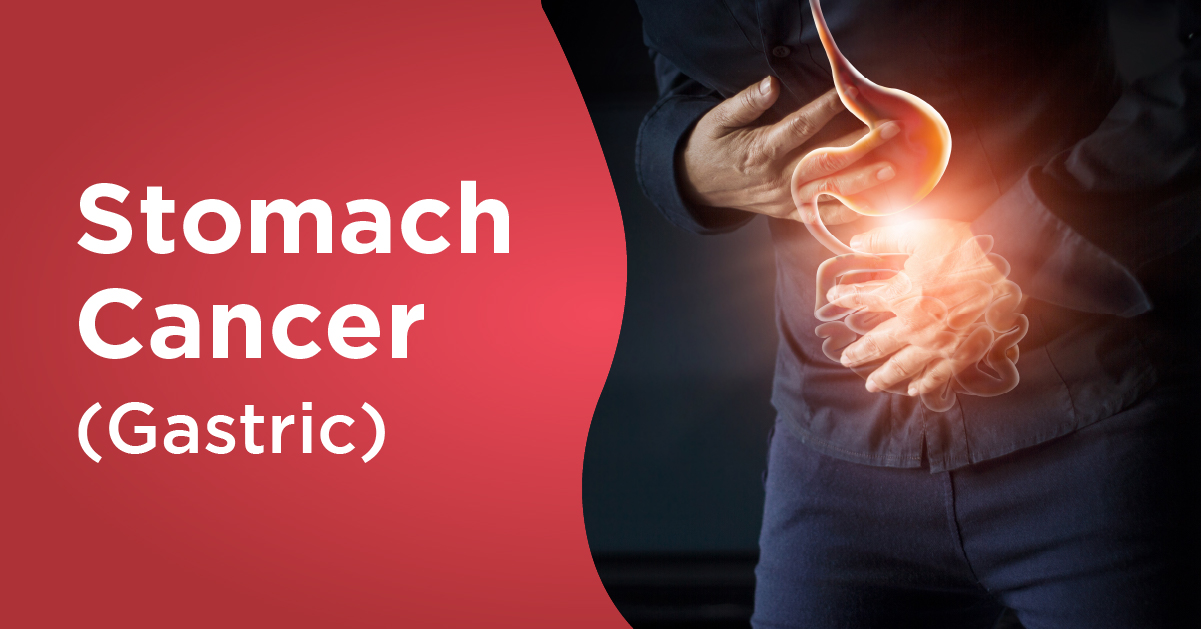 There are four layers of tissue composing the wall of the stomach. The innermost layer is called the mucosa and is where approximately 90% to 95% of stomach cancer begins. This type of tumor is called Adenocarcinoma.

Stomach cancer staging is as follows:

Stage I — cancer has grown into the stomach wall’s inner layers or the outer muscle layers. It may have also spread to lymph nodes.

Stage II — the tumor has grown into deeper layers of the stomach wall. Cancer has spread to some lymph nodes but not to other parts of the body.

Stage III — the tumor is larger, growing through layers of the stomach and into connective tissue outside the stomach. Cancer has spread to some lymph nodes but hasn’t spread beyond the stomach.

Stage IV — cancer has spread to other organs beyond the stomach.

Symptoms of earlier-stage gastric cancers are usually vague and may include minor stomach aches and indigestion. Other warning signs include:

As with most cancers, researchers don’t know yet what causes stomach cancer. Several risk factors have been identified, however.

Risk Factors – Factors that contribute to an increased risk for cancer of the stomach include:

Stomach cancer is often diagnosed in its later stages because there are typically no symptoms early in the disease. If a doctor suspects stomach cancer, a thorough patient history will first be done. This includes asking about your lifestyles, such as tobacco or alcohol use, and whether you have a family history of stomach cancer. A physical exam may follow, along with some of the following tests:

Usually, a diagnosis is made when the cancer is more advanced. Because it can take some time to identify stomach cancer, only about 10% of people are diagnosed while it’s still in the early stages.

Treatments for stomach cancer include:

If you experience any stomach cancer symptoms or are concerned about your risk factors, visit expert Gastroenterologists/Gastrosurgeons at Regency Healthcare. We offer diagnosis, prevention, and treatment of stomach cancer.

previousWar Against Obesity: How to win?

nextDyslexia: The reality of the condition explained