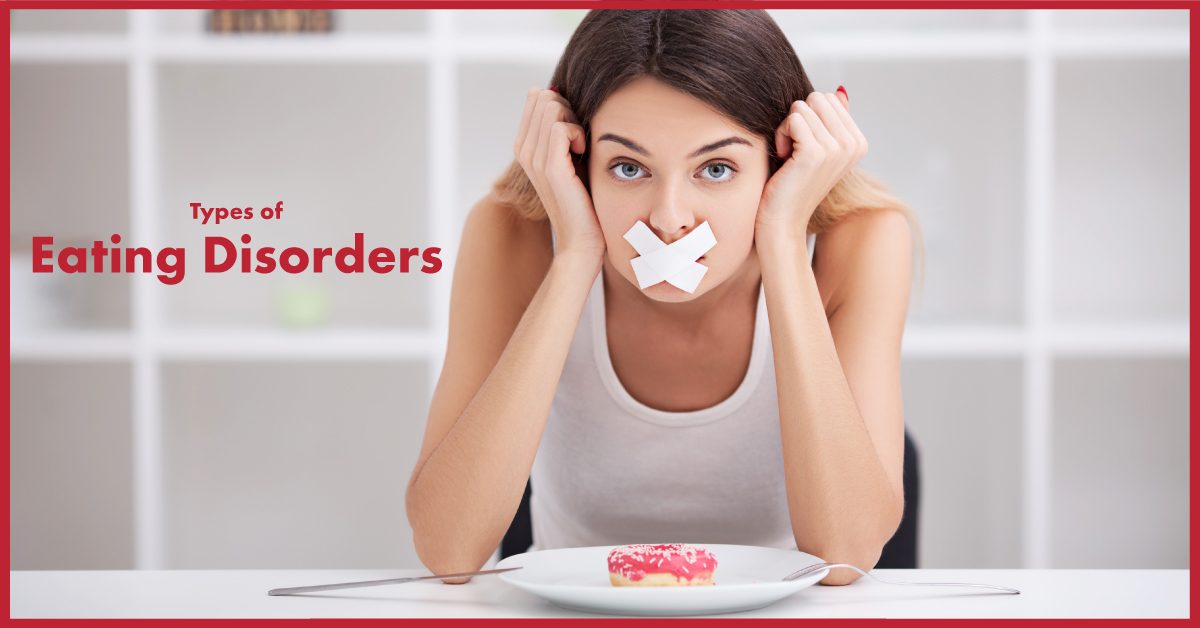 The term eating disorder covers a range of unique mental illnesses that involves disordered eating behavior. The one issue all eating disorders have in common- besides a lack of control over eating habits- is that they can progress and cause serious, even permanent damage to your mental and physical health. But even though they are serious illnesses, eating disorders are treatable.

Eating disorders may be caused by several factors. These include genetics, brain biology, personality traits, and cultural ideals.

It is characterized by recurrent binging and purging that involves feeling a lack of control over your eating. During these episodes, they typically eat a large amount of food in a short time and then try to rid themselves of the extra calories in an unhealthy way. Because of guilt, shame, and an intense fear of weight gain from overeating, they may force vomiting or may exercise too much or use other methods, such as laxatives, to get rid of the calories.

Also known as compulsive overeating, BED typically begins during adolescence and early adulthood, although it can develop later on. Individuals with this disorder have symptoms similar to those of bulimia or the binge eating subtype of anorexia. For instance, they typically eat unusually large amounts of food in relatively short periods of time and feel a lack of control during binges.

The majority of those with eating disorders do not fall within the guidelines for anorexia, bulimia, and binge eating disorder and are classified as OSFED. To be diagnosed as having OSFED a person must present with feeding or eating behaviors that cause clinically significant distress and impairment in areas of functioning but do not meet the full criteria for any of the other feeding and eating disorders. Because OSFED encompasses a wide variety of eating disordered behaviors, any or all of the following symptoms may be present in people with OSFED.

People should seek treatment for eating disorders as soon as possible. Eating disorders increase the risk of both physical health complications and psychological disorders, such as depression and anxiety.

If you recognize the symptoms of an eating disorder (in yourself or anyone else), reach out for help before the condition takes a drastic toll on your physical and mental health. At Regency, we have the best and experienced psychiatrists and psychologists to help you heal your mind, body, and soul. Visit us today.

nextHow is Stress Fatal to the Immune System?