War Against Obesity: How to win?

Home » Blog » Blogs by Regency's Doctors » War Against Obesity: How to win? 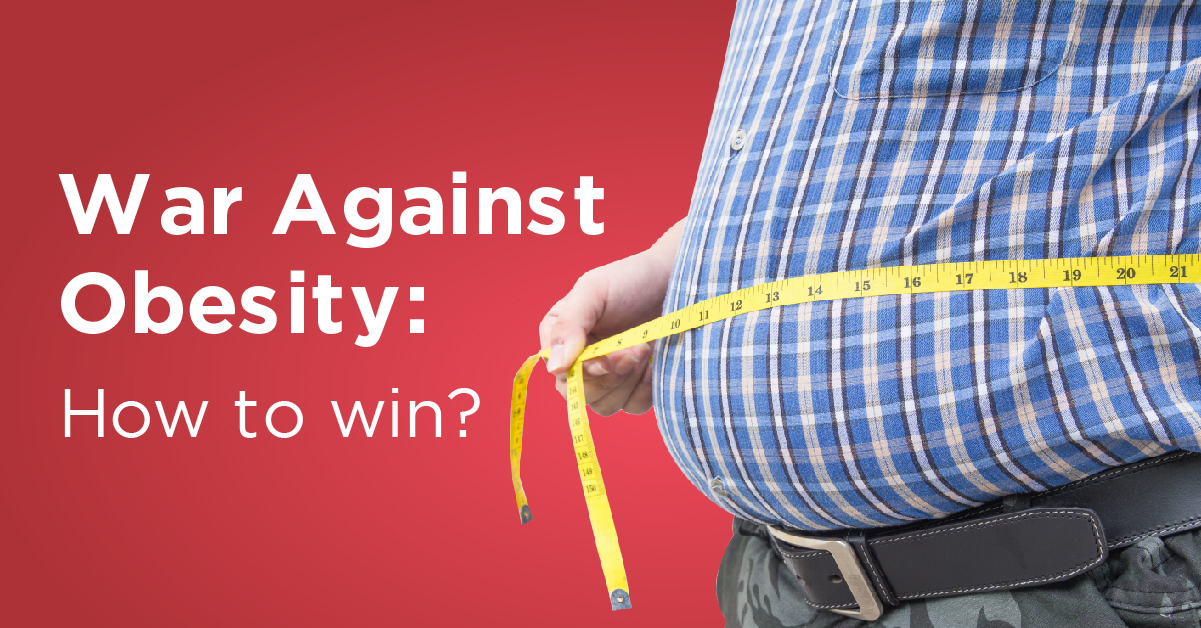 Facts about overweight and obesity

In 2016, over 650 million adults were obese – 11% of men and 15% of women. That amounts to about 13% of the world’s adult population. Between 1975 and 2016, the worldwide prevalence of obesity has nearly tripled – with the most growth observed in Asia. Almost half of the children under 5 who were overweight or obese in 2019 lived in Asia.

Shockingly, there are more deaths worldwide due to overweight and obesity than underweight.

What causes obesity and overweight?

The fundamental cause of obesity and overweight is an energy imbalance between calories consumed and calories expended. Globally, there has been:

What are the common health consequences of being overweight and obese?

Raised BMI is a major risk factor for non-communicable diseases such as:

The risk for these diseases increases, with increases in BMI.

So, how do we win this war against obesity?

The good news is that overweight and obesity, as well as their related non-communicable diseases, are largely preventable. By only making the following lifestyle changes, we can bring significant health gains into our life –

Regency Healthcare has various weight management as well as surgical options available. Visit your nearest Regency Hospital to get a consultation today!