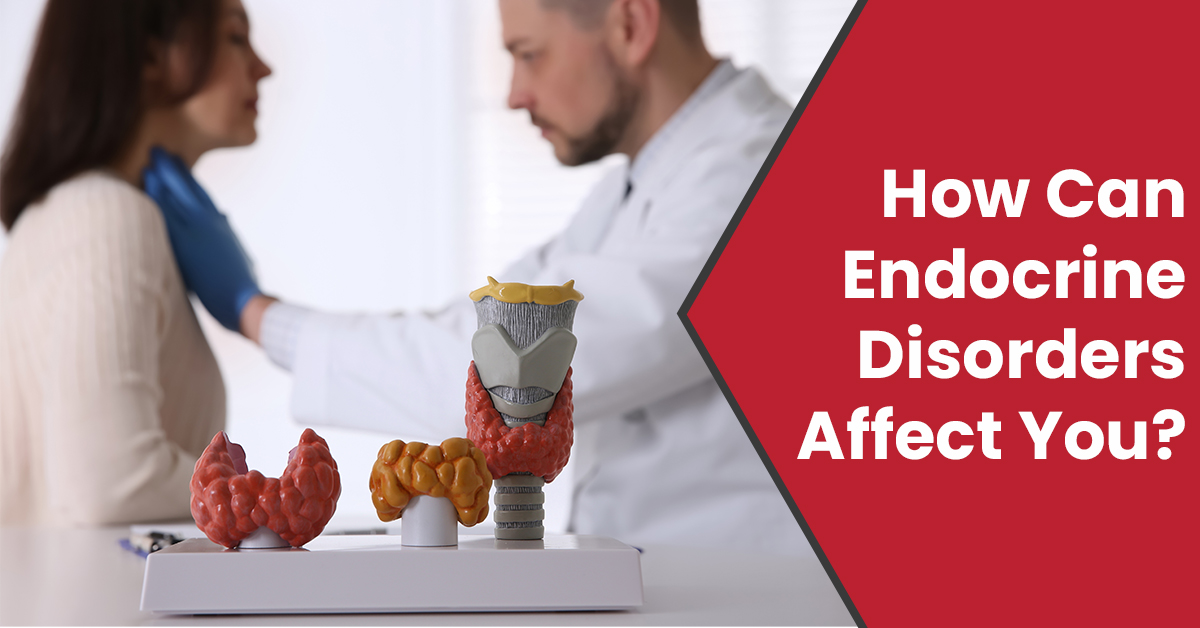 The endocrine system regulates glucose levels in the blood and manages growth, thyroid, sexual dysfunction, irregular menstrual cycles in women, and other hormonal imbalances. There are several risk factors and diseases associated with an irregular endocrine system. Some of them are mentioned below.

Diabetes Mellitus is often referred to as only diabetes. The hormone ‘insulin’ that’s produced by the pancreas regulates blood glucose, and diabetes is a condition in which blood glucose is either too high or too low. Diabetes is one of the most common endocrine disorders found in adults. The risk factors include obesity, old age, history of diabetes in the family, and lack of physical activity.

Osteoporosis is caused when the bone density is low, causing the bones to become weak and brittle. The bone tissues are replaced regularly in our bodies. As new bone tissues are made, the old bones are broken down in the process. As the old tissues get replaced with the new ones, the bone density increases up to thirty years of age, resulting in healthy bones. Osteoporosis symptoms are not generally visible until the patient has a bone fracture. The risk factors include fragile bones, Vitamin D deficiency, and Chronic obstructive pulmonary diseases.

This syndrome is observed when the adrenaline gland overproduces the cortisol hormone. Cortisol is also called the stress hormone because it helps deal with stress. It also happens due to the extensive usage of steroids. The most common symptoms are gaining fat around the waist with thin arms and legs. High blood pressure and weak muscles also mark excessive cortisol in the blood. Fragile skin with red stretch marks, excess acne, and poor healing of wounds could also indicate Cushing Syndrome.

Polycystic ovary syndrome is also known as hyperandrogenic anovulation/Stein-Leventhal syndrome. This set of symptoms is observed in females. The observations mark enlarged ovaries with small pearl like cysts on the edges of the ovaries. The most common signs of PCOS are heavy periods, irregular menstrual cycle, and excess body and facial hair. Also, include dark and thick patches on the skin and pain in the pelvic area. The risk factors of PCOS include existing type 2 diabetes, obesity, and heart diseases. The common symptoms are sleep apnea, mood disorders, excessive acne, and weight gain.

The Endocrinology department at Regency Health is well equipped to deal with patients with hormonal imbalances and disorders like diabetes, thyroid, infertility, growth disorders, among  many other issues. Our doctors and well-trained staff offer you the best care for your best health. Let us be your Bharose ka Specialist and make your experience at Regency Health the best.