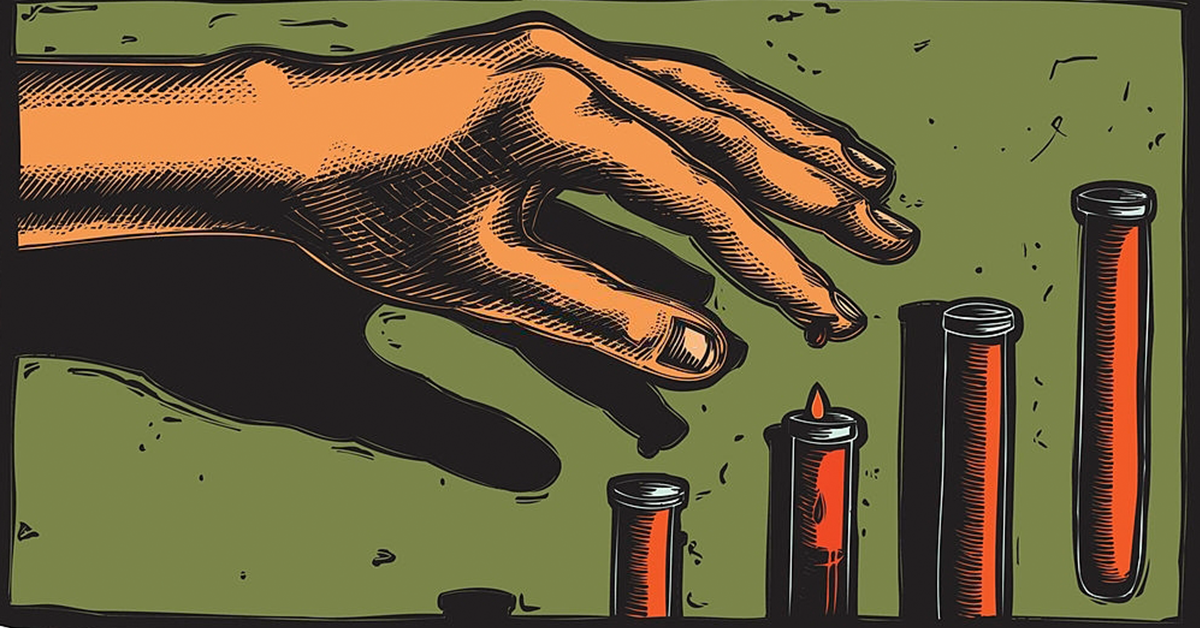 Haemophilia is a bleeding disorder that slows the blood clotting process. Normally, when you cut yourself, substances in your blood known as clotting factors mix with blood cells called platelets to make your blood sticky and form a clot. This makes the bleeding stop eventually. People with haemophilia do not have as many clotting factors as they should have in their blood. This means they bleed for longer than usual. They experience prolonged bleeding or oozing following an injury, surgery, or having a tooth pulled.

The common belief that people with haemophilia could bleed to death from a cut is a myth. A person with haemophilia does not bleed any faster than anyone else, but the bleeding continues for longer if it is not treated and may lead to a delay in healing.

Causes
Blood contains many proteins called clotting factors that can help to stop bleeding. People with haemophilia have low levels of either factor VIII (8) or factor IX (9). Haemophilia is caused by a mutation or change, in one of the genes, that provides instructions for making the clotting factor proteins needed to form a blood clot. This change or mutation can prevent the clotting protein from working properly or to be missing altogether. These genes are located on the X chromosome, which is one of the two sex chromosomes (X and Y). Haemophilia is inherited in an ‘X-linked recessive pattern’.
– Men who carry the genetic change (and therefore have haemophilia) will pass it on to their daughters but not their sons. These daughters are said to ‘carry’ the genetic change. They may or may not have symptoms of haemophilia.
– Women who carry the genetic change may pass it on to their sons and daughters.

It is not possible to tell the difference between haemophilia A and B without doing a blood test, but you need to know which type you have in order to use the right treatment.+

Signs and Symptoms
Common signs of haemophilia include:
– Nosebleeds that take a long time to stop
– Bleeding gums
– Skin that bruises easily
– Bleeding after having shots, such as vaccinations
– Bleeding into the joints. This can cause swelling and pain or tightness in the joints; it often affects the knees, elbows, and ankles.
– Severe haemophilia usually becomes apparent in the first years of life – often when the child starts to move about independently.

Diagnosis
– Blood tests can diagnose haemophilia and find out how severe it is.
– If there’s no family history of haemophilia, it’s usually diagnosed when a child begins to walk or crawl.
– Mild haemophilia may only be discovered later, usually after an injury or a dental or surgical procedure.

Treatment
Haemophilia is a lifelong condition. It can’t be cured, but with current clotting factor treatments, it can be managed effectively. Specialised treatment is needed to help blood clot normally and is often infused or injected into a vein.
The best way to treat haemophilia is to replace the missing blood clotting factor so that the blood can clot properly. Good quality medical care from doctors and nurses who know a lot about the disorder can help prevent some serious problems.

At Regency Hospital, we not only provide care to address all issues related to the disorder but also provides health education that helps people with haemophilia stay healthy.

previousKeep an Eye out for Cataract: Causes, Symptoms and Treatments

nextSarcoma Awareness Month: What is Sarcoma?