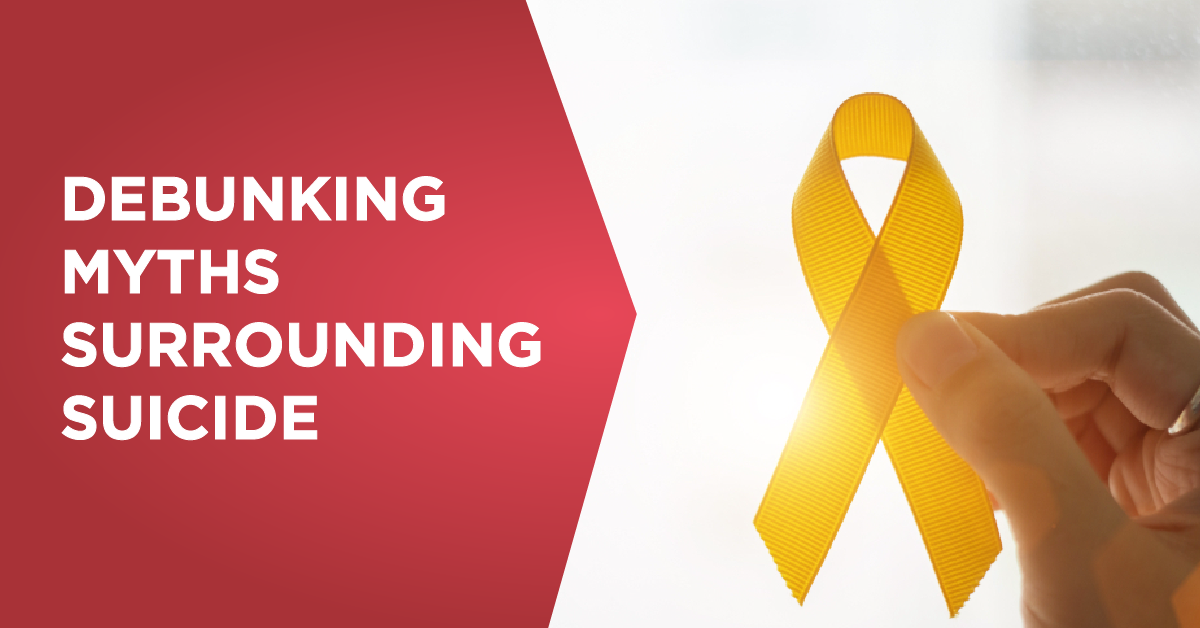 There are a lot of things that we hear about suicide on social media and the internet, but the information can be conflicting at times. It can leave us feeling not only confused but also afraid to do or say the wrong thing and make individual problems worse or perpetuate the inaccurate information out there.

Although the ways we talk about suicide and mental health have been improving in recent years, there is still a huge stigma attached to the subject, and talking about suicidal thoughts and feelings. Suicide is on the rise globally, with 800,000 people dying by suicide last year, so it’s more important than ever that we raise awareness, to try and stop so many people dying from suicide.

So, let’s try to separate the myths from the facts.

Myth#1 Suicide occurs with little or no warning.

According to research studies, up to 75% of those who die by suicide, communicate their suicidal intentions to others either directly or indirectly in the weeks before their death (Jones & Namgauds, 1998; WHO, 2000). The majority of suicides have been preceded by warning signs, whether verbal or behavioural. Of course, there are some suicides that occur without warning. But it is important to understand what the warning signs are and look out for them.

On the contrary, suicidal people are often ambivalent about living or dying. Impulsive behaviour is sometimes followed by reaching out for help from friends, family, or emergency services. Access to emotional support at the right time can prevent suicide.

Not true. Talking about dying or harming oneself is one of the major warning signs of a suicide attempt. Always treat suicidal thoughts and attempts seriously. If someone attempts to gain attention, it is a sign they need help.

Myth #4 People who die by suicide are selfish.

Individuals who experience suicidal ideations do not do so by choice. They are not simply, “thinking of themselves,” but rather they are going through a very serious mental health symptom due to either mental illness or a difficult life situation. Many people who attempt suicide feel they are a burden to others, and that their friends and family would be better off without them. While some people recognize that their death will cause their loved ones pain, they may also believe they are causing more pain by being alive and rationalize suicide as a way to protect those they care about. They need professional and personal support, not judgment.

Myth #5 Once someone is suicidal, he or she will always remain suicidal.

Myth #6 Talking about suicide will lead to and encourage suicide.

There is a widespread stigma associated with suicide and as a result, many people are afraid to speak about it. Avoiding or tiptoeing around the issue can be isolating and leave people feeling unheard. The best policy is to try and help someone talk openly about how they are feeling and encourage them to seek help.

As a society, we should not be afraid to speak up about suicide, speak up about mental illness, or seek out treatment for an individual who is in need. Eliminating the stigma starts by understanding why suicide occurs and advocating for mental health awareness within our communities.

If you or someone you know are at increased risk of suicide, please reach out to the Psychiatry Department at Regency Healthcare to avail treatment and support.

previousEverything you need to know about Hyperglycemia