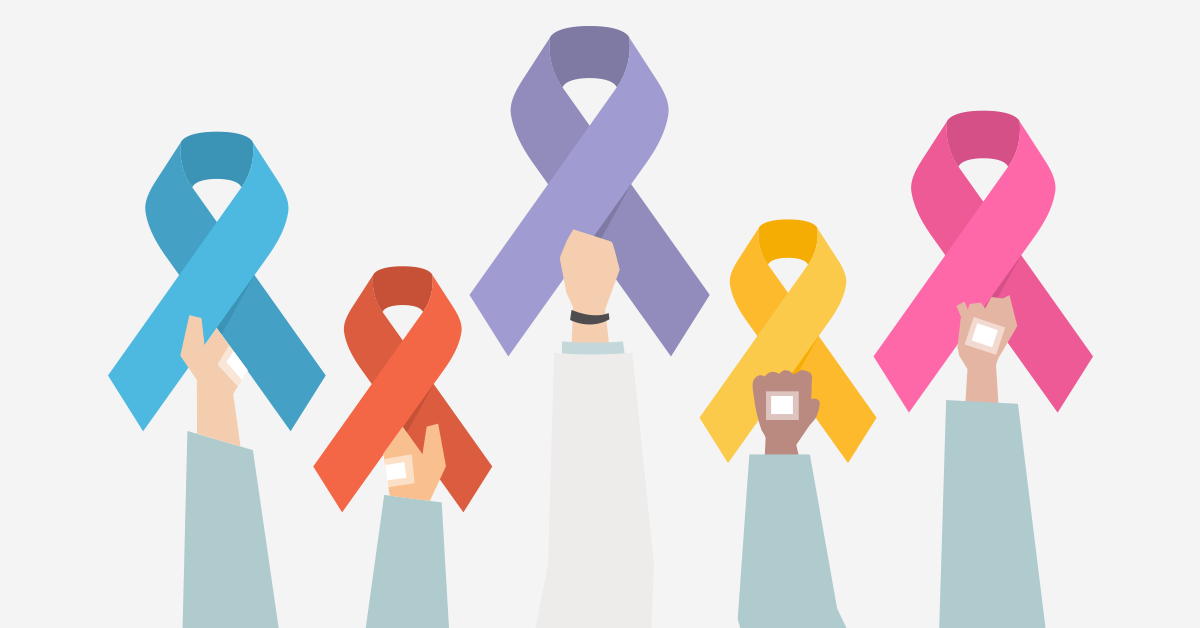 Cancer is a group of diseases characterized by uncontrolled cell division that leads to abnormal tissue growth. There are over 200 different known cancers that affect humans. Cancers may be classified by their primary site of origin or by their histological or tissue types. Most of the cancers which arise from someplace of origin are named from where they start. The cancers may be of specific types like breast cancer, lung cancer, prostate cancer, liver cancer renal cell carcinoma (kidney cancer), oral cancer, brain cancer etc. Based on tissue types or the type of cell they start, cancers may be classified into six major categories Carcinoma, Sarcoma, Myeloma, Leukaemia, Lymphoma and Mixed Types. Each type of cancer cell has a distinctive appearance that helps a doctor distinguish it from other cancers. Knowing the classification of cancer can help a doctor develop an effective plan for treatment. The earlier doctors can confirm a diagnosis in a person with cancer, the more likely it is that treatment will have powerful effects. Doctors will often use a combination of tests to determine whether a person has cancer. These tests indicate the presence of cancerous cells in the body and the extent to which these cells have spread.

1. Carcinomas: Carcinomas start in epithelial tissues that form the lining of external parts of the body or the internal linings of organs within the body. For example, a cancer of the lining of the stomach is called a carcinoma. This group accounts for 80-90% of all cancer cases, including the common forms of breast, prostate, lung and colon cancer. Most carcinomas affect organs or glands capable of secretion, such as the breasts, which produce milk, or the lungs, which secrete mucus, or colon or prostate or bladder.

2. Sarcoma: A sarcoma is a malignant tumour growing from supportive and connective tissues, such as cartilage, fat, muscle, tendons, and bones. Sarcomas are much less common than carcinomas. Bone cancer is one of the sarcomas termed osteosarcoma. It affects the young most commonly. Sarcomas appear like the tissue in which they grow.

3. Myeloma: Myeloma is a type of blood cancer. Often occurring in the bone marrow, this type originates in plasma cells that circulate as part of the blood. Plasma cells are a type of white blood cell made in the bone marrow. They produce antibodies, also called immunoglobulins, to help fight infection. In some cases, the myeloma cells collect in one bone and form a single tumour, called a plasmacytoma. Yet in other cases, the myeloma cells accumulate in several bones developing many tumours termed as multiple myeloma.  It is also known as plasma cell myeloma, myelomatosis, or Kahler’s disease.

4. Leukaemia: Leukemia, also known as blood cancer, is a cancer of the bone marrow that keeps the marrow from producing normal red and white blood cells and platelets. The immature white blood cells do not perform as well as they should, therefore the patient is often prone to infection. While the affected red blood cells can cause poor blood clotting and fatigue due to anaemia. They are the most common type of cancer in children.

6. Mixed Types: These have two or more components of cancer. Some of the examples include mixed mesodermal tumour, carcinosarcoma, adenosquamous carcinoma and teratocarcinoma. Blastomas are another type that involves embryonic tissues.

Cancer specialists, called oncologists, have made remarkable advances in cancer diagnosis, prevention, and treatment. Modern treatment can significantly improve the quality of life and may extend survival. We, at Regency Health, have the experienced Oncologists backed by state of the art technology to provide expert cancer care.