Autism: Causes, Symptoms and How to Manage

Home » Blog » Nephrology » Autism: Causes, Symptoms and How to Manage 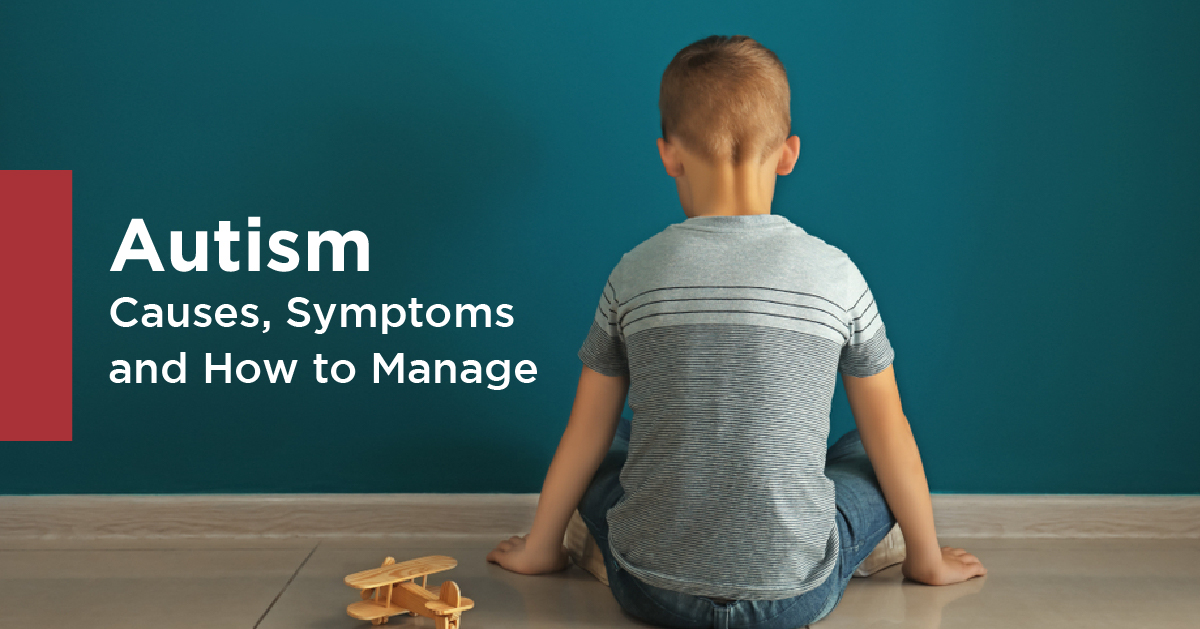 Autism or autism spectrum disorder (ASD) is a Neurodevelopmental disorder. It is referred to with a broad range of conditions. People who come under the spectrum of autism have challenges with speech, picking up on social cues, repetitive behaviors, verbal and non-verbal communication. People who suffer from such Neurodevelopmental conditions as ASD and ADHD are called Neuro-divergent and people with no such conditions are called Neurotypical.

As the name suggests, there are many subtypes of autism spectrum disorder. There is no single cause of autism spectrum disorder. It is just known that abnormalities in brain structure and function can cause ASD. Numerous factors affect this condition, but most of the factors that do are either genetic or environmental. Brain scans can clearly show the abnormalities when compared to a Neurotypical brain.

The severity of ASD also varies from person to person. While some Neurodivergents can go on with their lives without any external help or medication, some cases can be extremely opposite. They need extreme care and proper medication to manage the symptoms to function normally. In each case of ASD, it is crucial to detect it at an early age so that the child is administered with proper medical attention and treatment. Parents can also benefit from early diagnosis as they learn about the illness and enable the child to rely on them for their parents’ support.

ASD can present itself with many other conditions. Some may have an intellectual impairment, some may suffer from a language impairment, and some may not have both yet still have autism. Some of the most commonly found symptoms with ASD are as follows:

A designated psychiatrist or a clinical psychologist can prescribe proper medication, only after diagnosing on which level the patient falls on the spectrum. Different treatments work for different people. Sometimes it is even difficult for a doctor to pinpoint the correct type of medication for a patient. For such cases, the doctor tries different combinations of medications till one shows good results. He then continues with the same treatment.

One crucial point for parents to remember is that children do not grow out of ASD. It has to be properly medicated to manage symptoms. ASD does not have a cure, but this does not mean that people with autism can not lead normal lives. Programs like behavioral therapy can help the parent reach out and help their children with this condition.

Also, there are special schools that assess children with autism and provide education that best suits their potential. Amrita school for special children is one such school for children from ages 3 to 14, coming from all sections of the society. Functional academics are imparted with parallel intervention with allied therapies depending on the child’s need.

There is a Rehabilitation Psychologist, Special educator, Physiotherapist, and Speech Therapist, on campus who helps the kids and the instructors understand every kid’s need. They also help divide the students into groups depending on their mental age, functional level, and chronological age. Each group of 8-10 students is supervised by a minimum of 3 people- the instructor, assistant, and volunteer. All of them help the kids to manage their autism and work with it. Each child’s progress is assessed every three months. Based on performance, short-term goals are set for the next quarter.

Some people with ASD have a very high IQ and are extremely skilled at various things. They perform tasks that are often seen as difficult by Neurotypicals with ease. ASD is not anyone’s fault and no child should bear the burden alone. Regency hospitals have a World-Class psychiatric facility to help people with all kinds of Neurodevelopmental disorders. We also have some psychiatrists who ensure the utmost love and care for Neurodiverdents.

Article Name
Autism: Causes, Symptoms and How to Manage
Description
Autism or autism spectrum disorder (ASD) is a Neurodevelopmental disorder. It is referred to with a broad range of conditions. People who come under the spectrum of autism have challenges with speech, picking up on social cues, repetitive behaviors, verbal and non-verbal communication. People who suffer from such Neurodevelopmental conditions as ASD and ADHD are called Neuro-divergent and people with no such conditions are called Neurotypical.

nextHypercholesterolemia: How to Manage and Maintain Cholesterol Levels in Blood